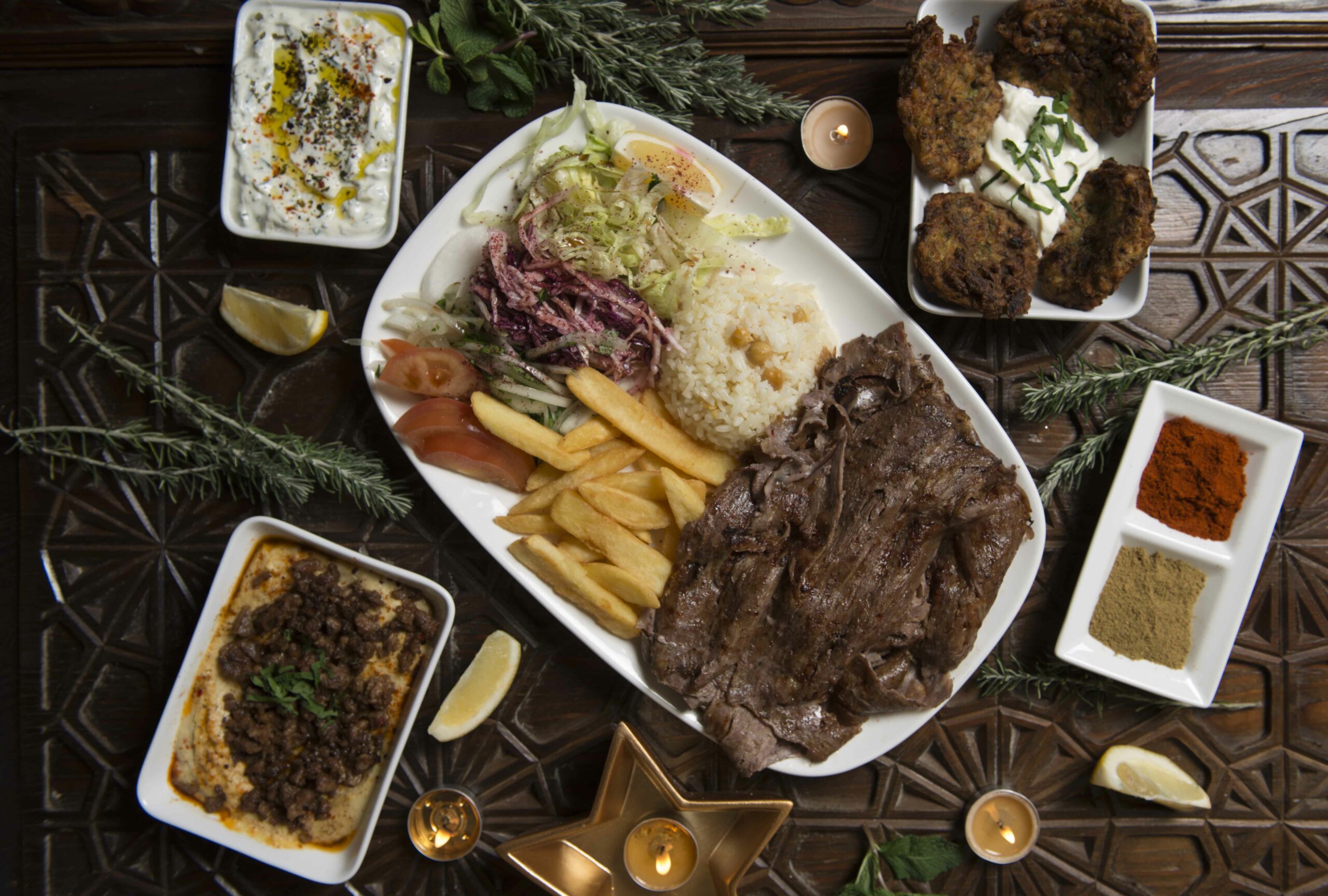 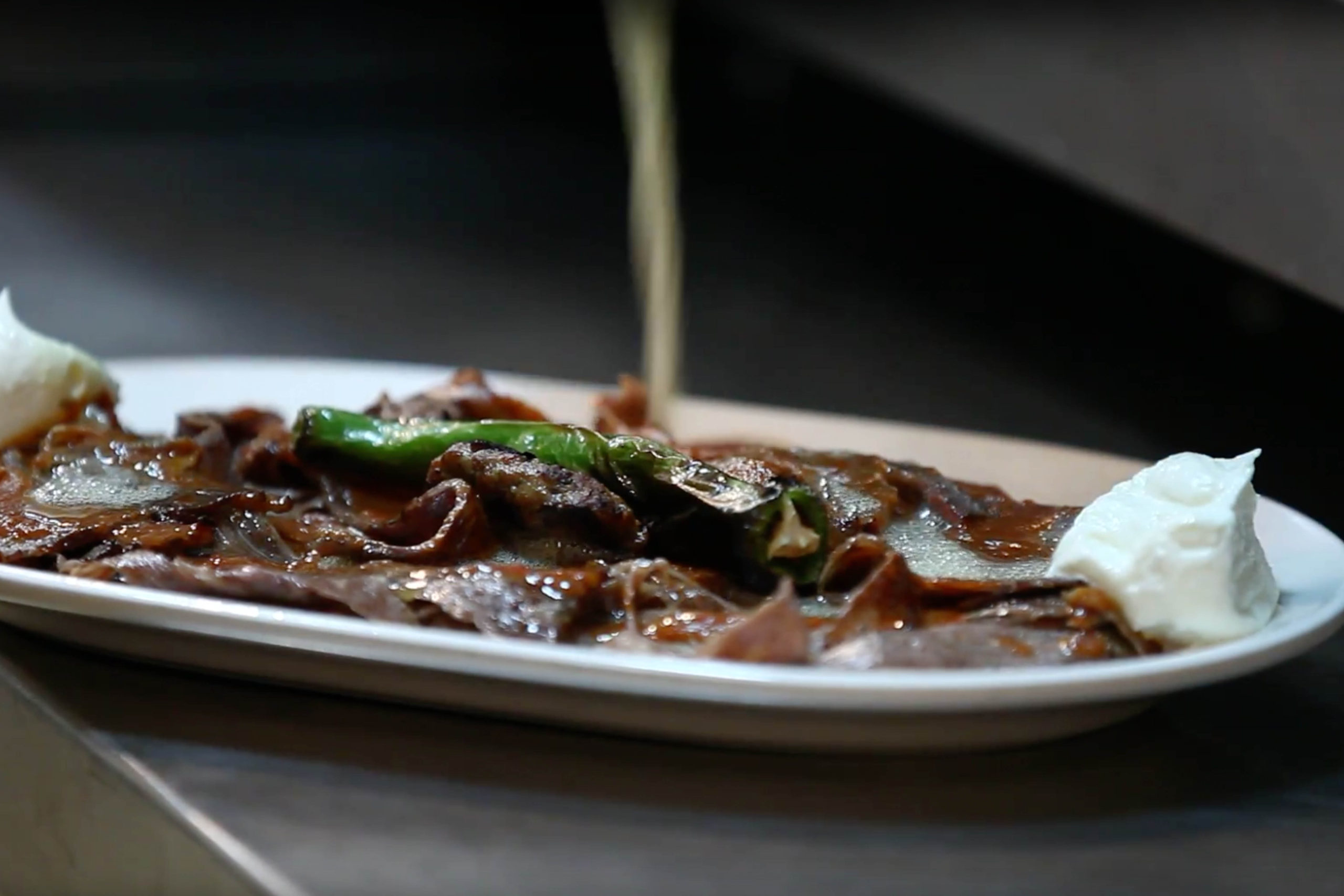 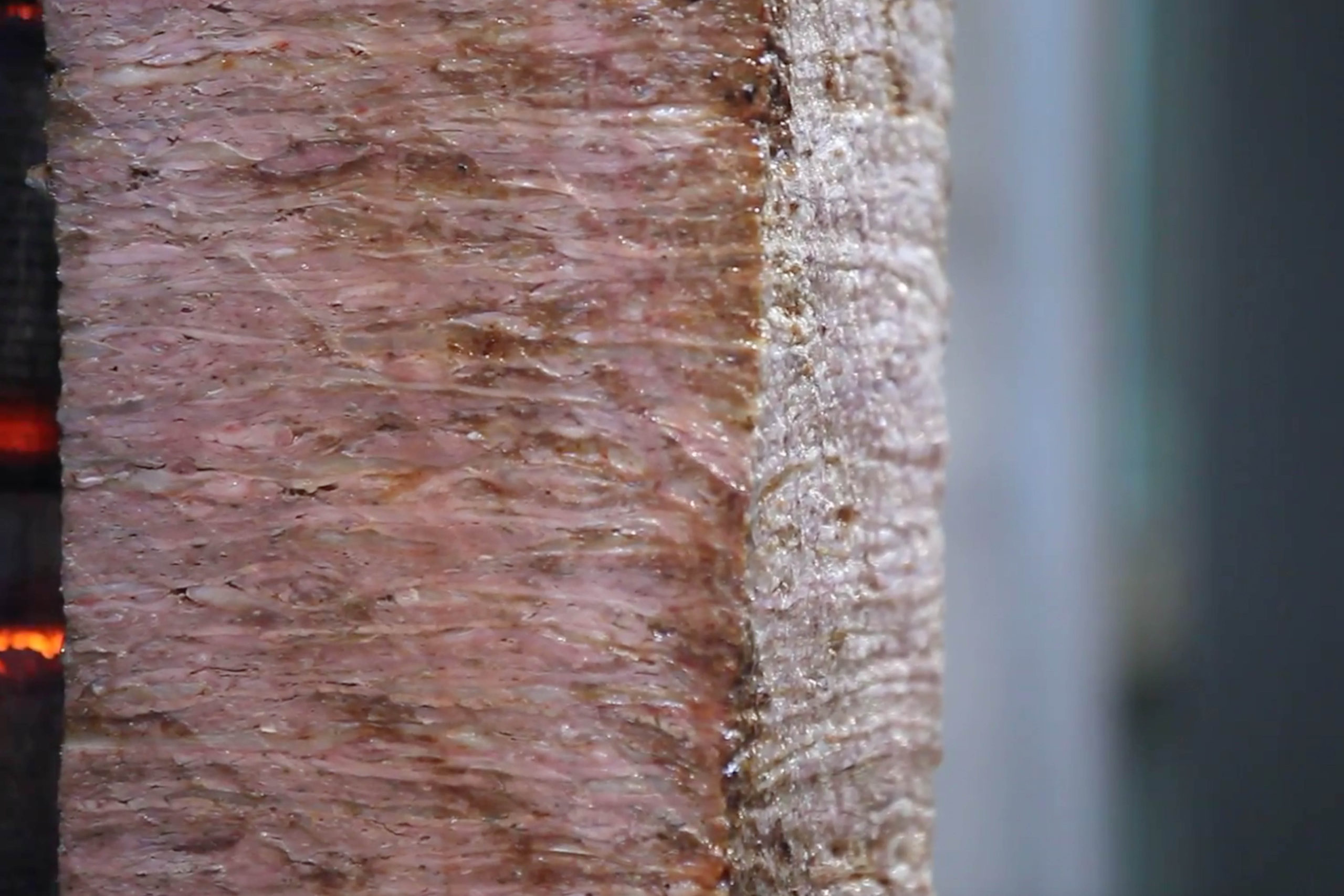 If you’re a meat-lover, you already know that Turkish cuisine is world-renowned for its grilled meats and kebab dishes. In fact, shish kebab and all other kinds of kebab were introduced to the world by the Turkish population who were migrating westward from their home in Central Asia centuries ago. Grilling meat on horizontal skewers has an ancient history in the Eastern Mediterranean and Central Asia regions, however, it is unknown when slices of meat, rather than chunks, were first used. The town of Bursa is considered one of the birthplaces of the vertically-roasted döner kebab and Iskender kebab. In his own family biography, İskender Efendi of 19th century Bursa wrote that “he and his grandfather had the idea of roasting the lamb vertically rather than horizontally, and invented for that purpose a vertical mangal”.

Since then, Hacı İskender has been considered the inventor of Iskender kebab and vertical rotisserie though he might have been preceded by Hamdi Usta from Kastamonu around 1830. Iskender Kebab’s inventor, İskender Efendi, made the dish famous several generations ago during the late 19th century. Iskender Efendi’s nephew and Yahya Akins’ grandson, Mr. Ahmet Murat Ustunsurmeli, has brought the idea of setting up doner and the İskender Kebab restaurant in order to keep his great grandfather’ traditional recipes alive in London.

What Is ‘İskender’ Kebab?

“İskender” kebab is made with two main components. The first is tasty, tender, crispy slivers of vertically roasted kebab, better known as “döner,” or “turning” kebab. Chunks of high-quality lamb, veal and fat are spiced and salted, then packed together on a spit that is hung vertically next to the fire. As the cylinder of doner rotates past the fires, the outer layer sizzles to become brown and crispy.

The chef waits ready with a giant knife to cut off thin slivers of the cooked meat. These flavourful strips are the key ingredients in ‘İskender’ kebab. The next important component is a single portion sized loaf of soft, flat bread called “pide”.

“Pide” is a leavened bread that is shaped with the fingers to make round or oval loaves. The crust is very soft and the inside is moist and spongy, perfect for sopping up the meat juices, sauce, and butter to come. To make classic ‘İskender’ kebab, freshly-baked ‘pide’ bread is cut into strips and arranged on a plate. Next, a mound of hot, crispy lamb strips cut from the ‘turning’ kebab is arranged on top of the bread. Sometimes the chef also adds a small, tube-shaped meatball kebab on the top as a bonus. Then, plain yoghurt that’s been whipped to a creamy texture is spooned on top. The dish is topped off with loads of sauce made from freshly ground tomatoes cooked in butter. Just before serving, another dose of melted butter is drizzled over the top for good measure right at the table.

Special slices of doner inside the fresh tandoori bread with onion parsley, tomato served with chips

Special slices of doner top of the rice with salad & bread

Slices of chicken doner inside the fresh tandoori bread with lettuce, tomato served with chips

Homemade falafel inside the fresh tandoori bread with humus, salad served with chips

KEBABS FROM THE GRILL

Welcome to Gaspard, an online haven for true coffee lovers.